Rowing in the Pond at PNG Kennedy Heights Printing Plant.

Rowing in the Pond at the Kennedy Heights Printing plant on the last day.

The company that publishes the Vancouver Sun and Province papers (Pacific Newspaper Group) has decided to shut down the Kennedy Heights Printing Plant and contract out the printing of the papers.  All of us that worked here are now out of work.  Today was my last day. 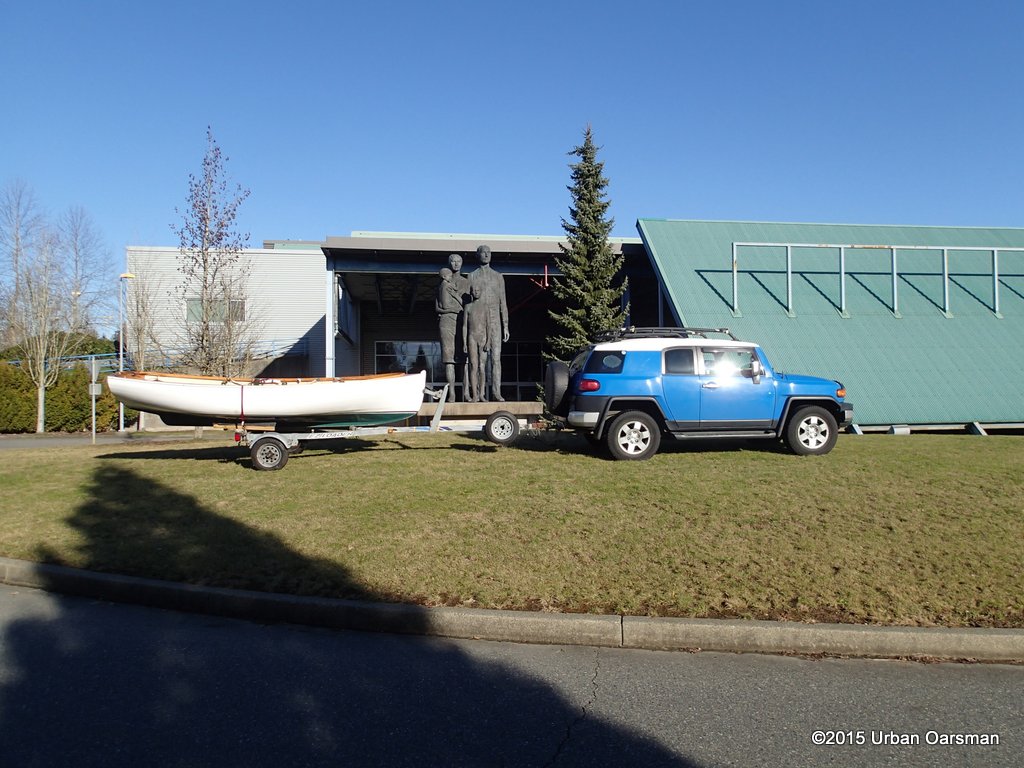 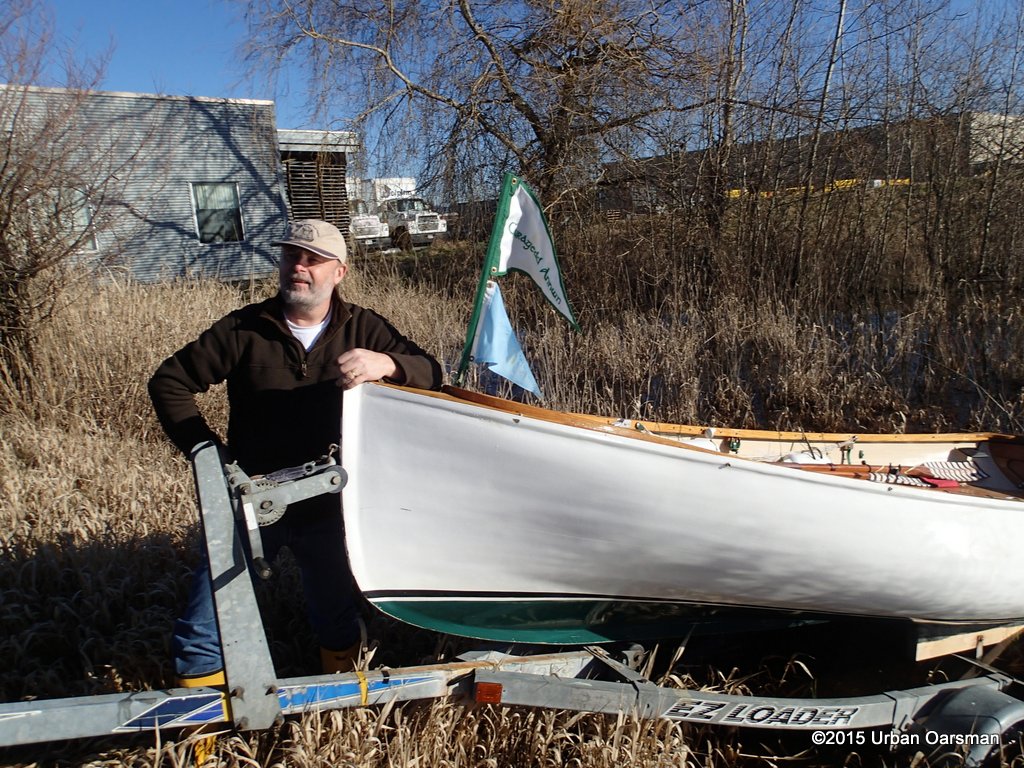 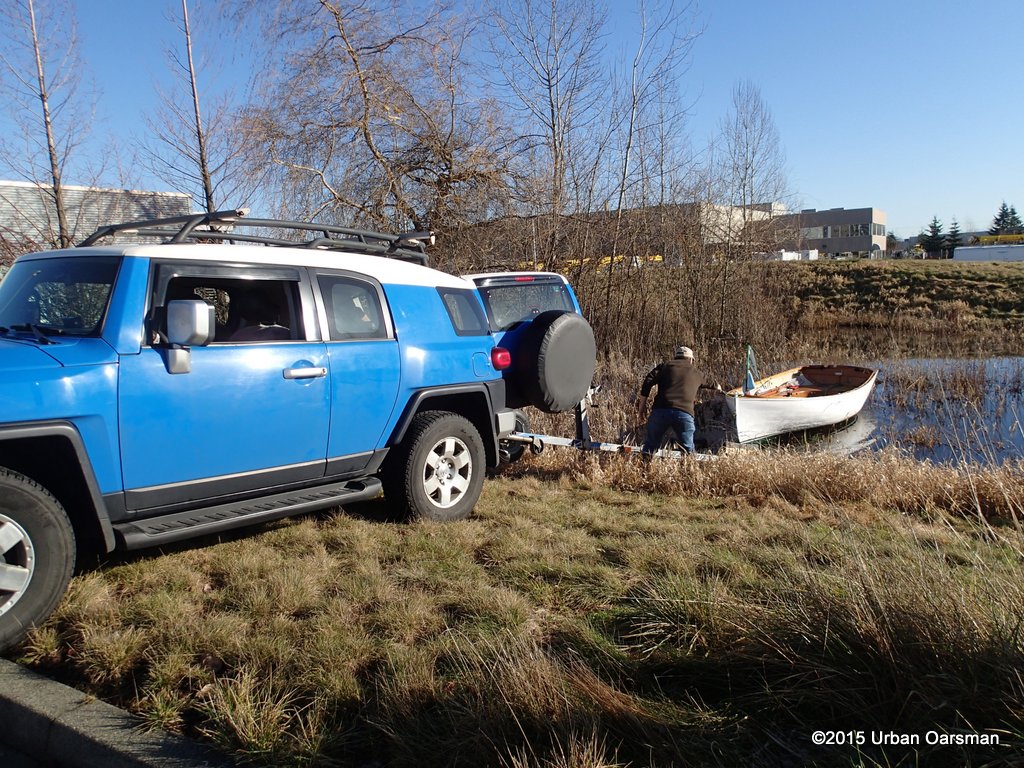 Yes, I did ask the plant managers permission to launch Gwragedd Annwn  into the pond. 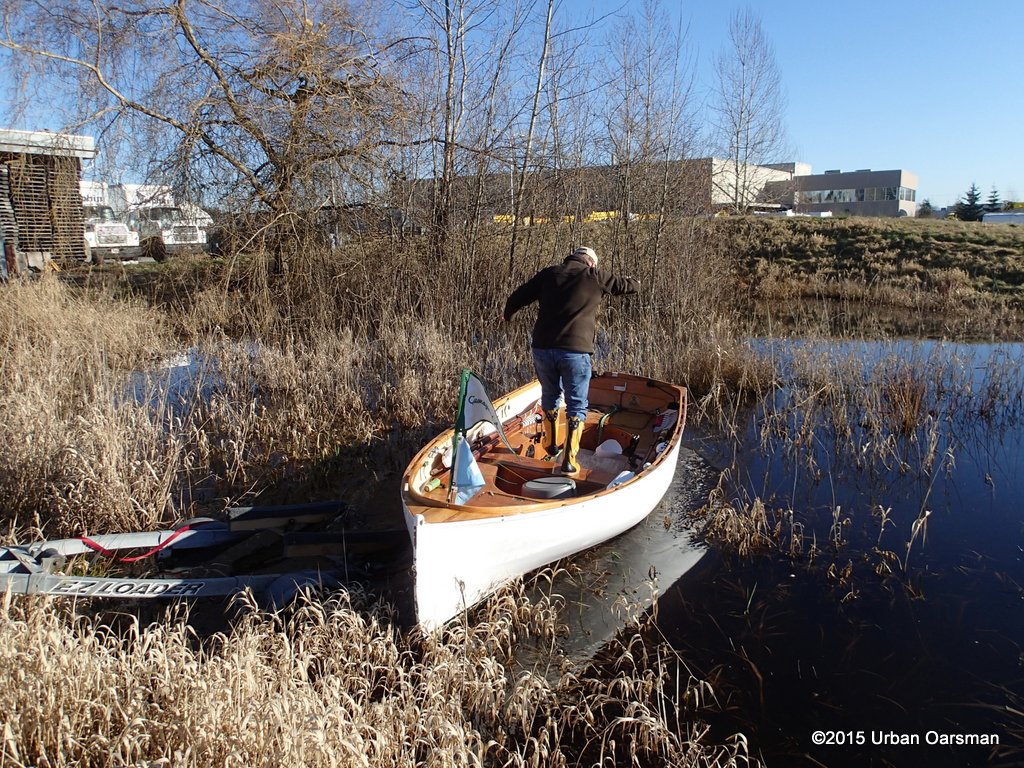 I think that he thought I was joking. 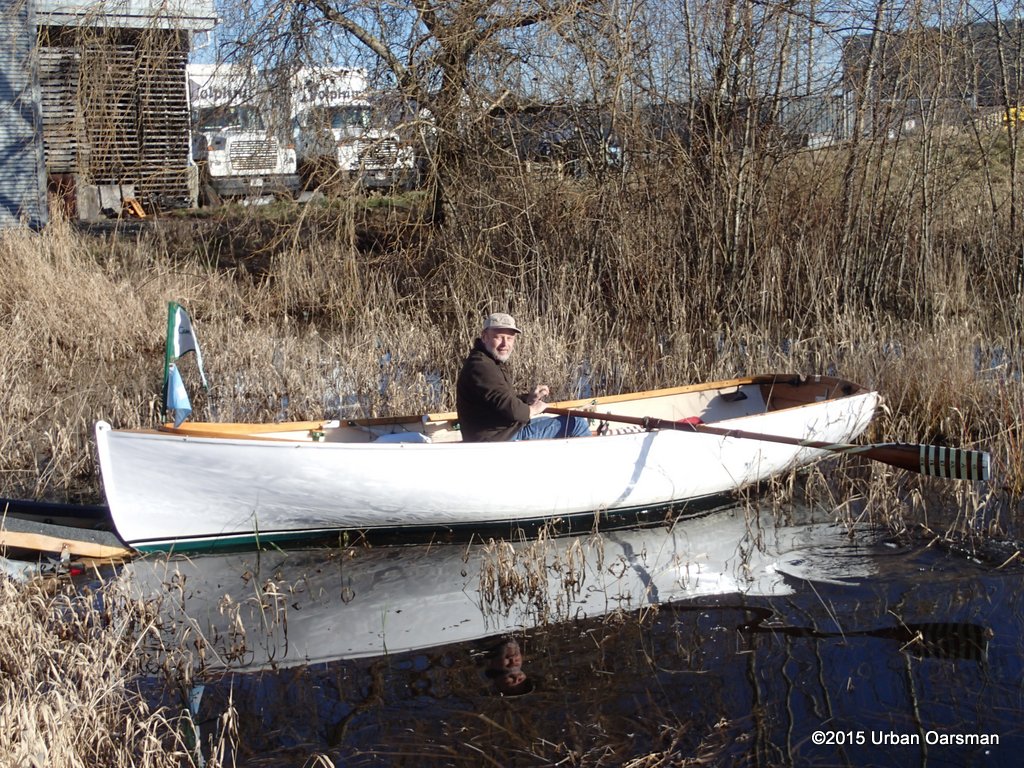 When My boys were younger, I collected frog and salamander tadpoles for them here. 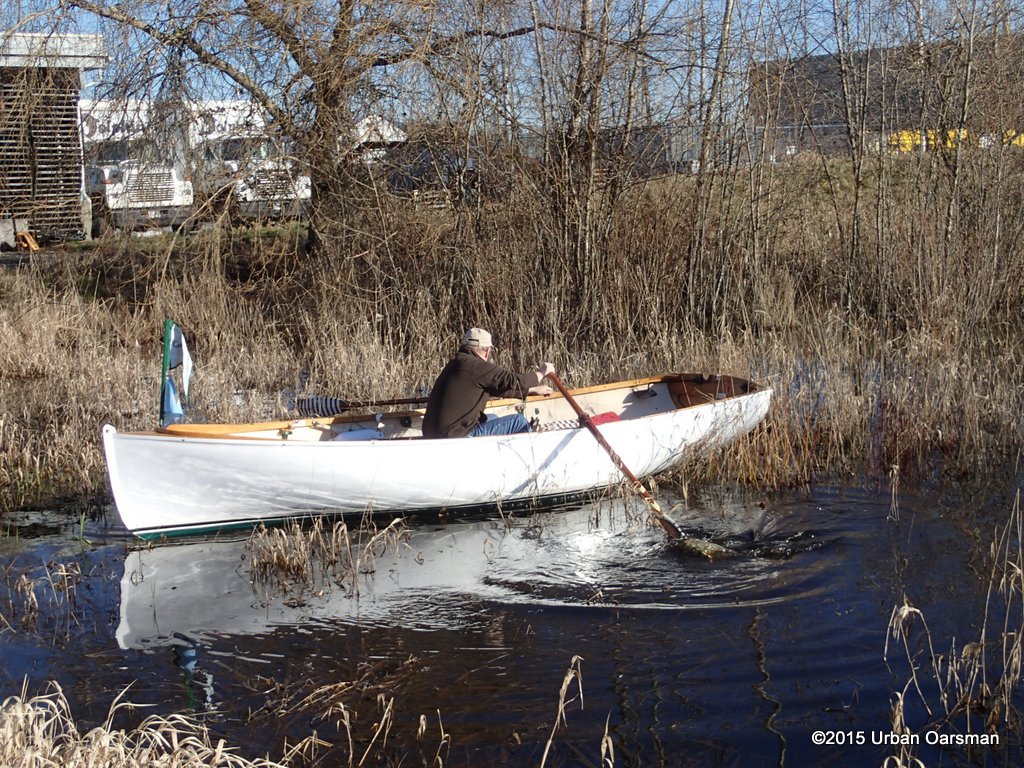 The pond is maybe 18″ deep.  Good thing that Gwragedd Annwn only draws 10″ 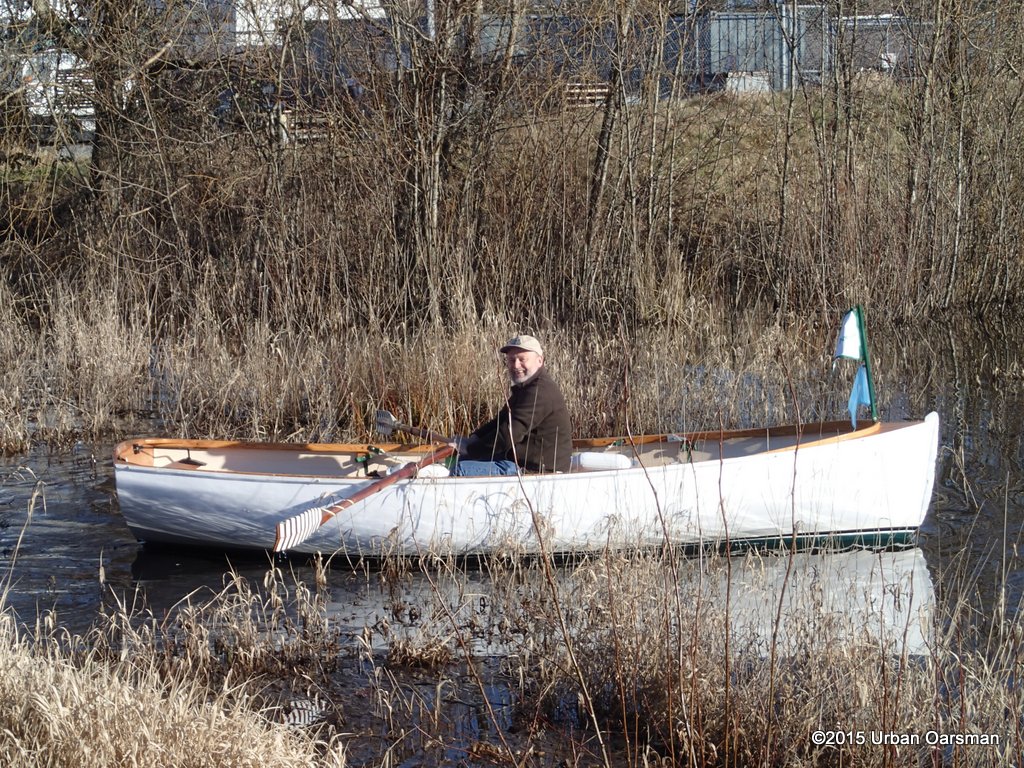 The Printing Plant is in the background.  Did you know that the printing press inside is longer than a BC Ferry? 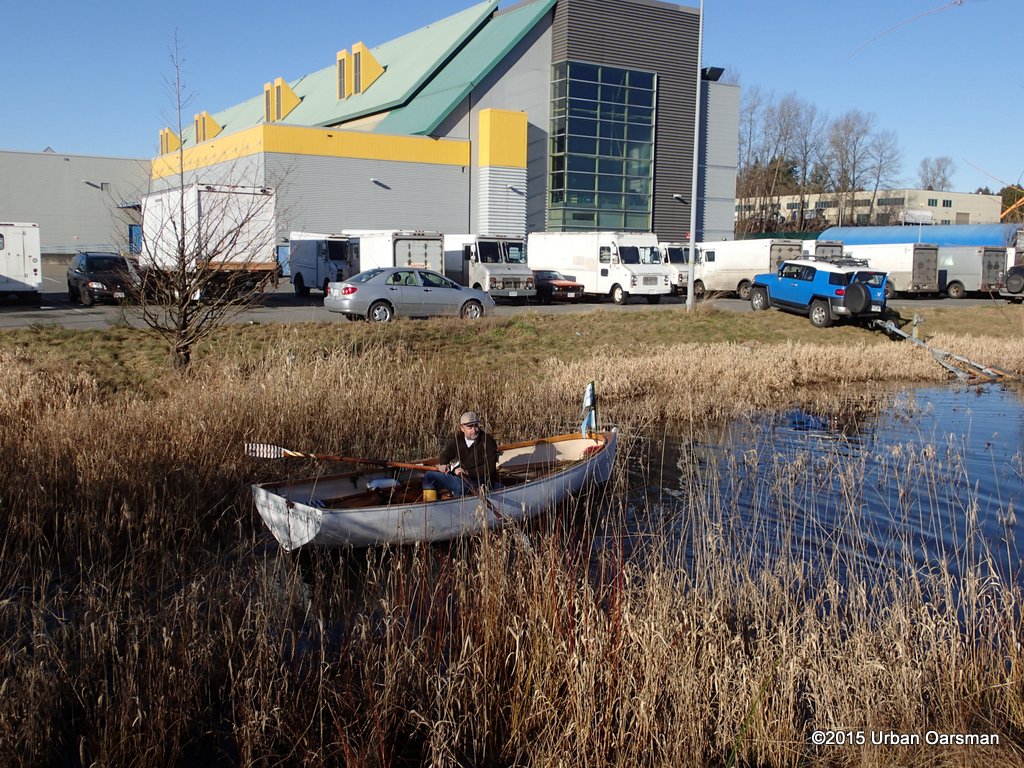 It is not a very large pond.  Smaller than a BC Ferry.  Well maybe not smaller than the one to Hornby and Denman Islands.  But it is still quite small. 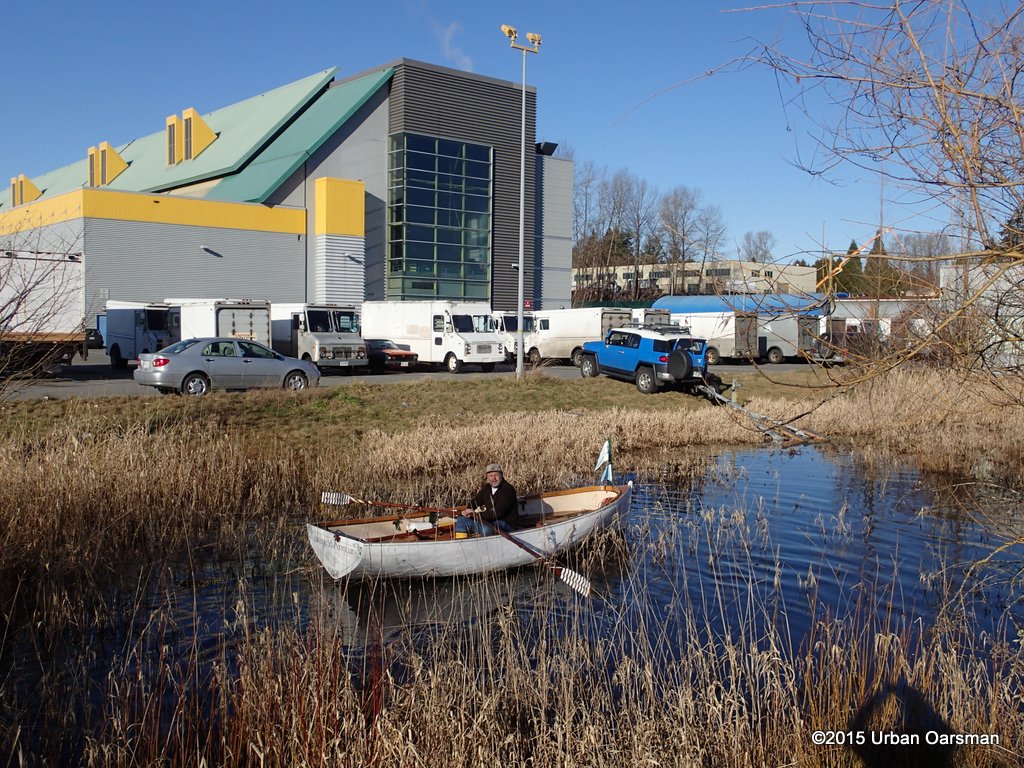 It dries up in the summer. 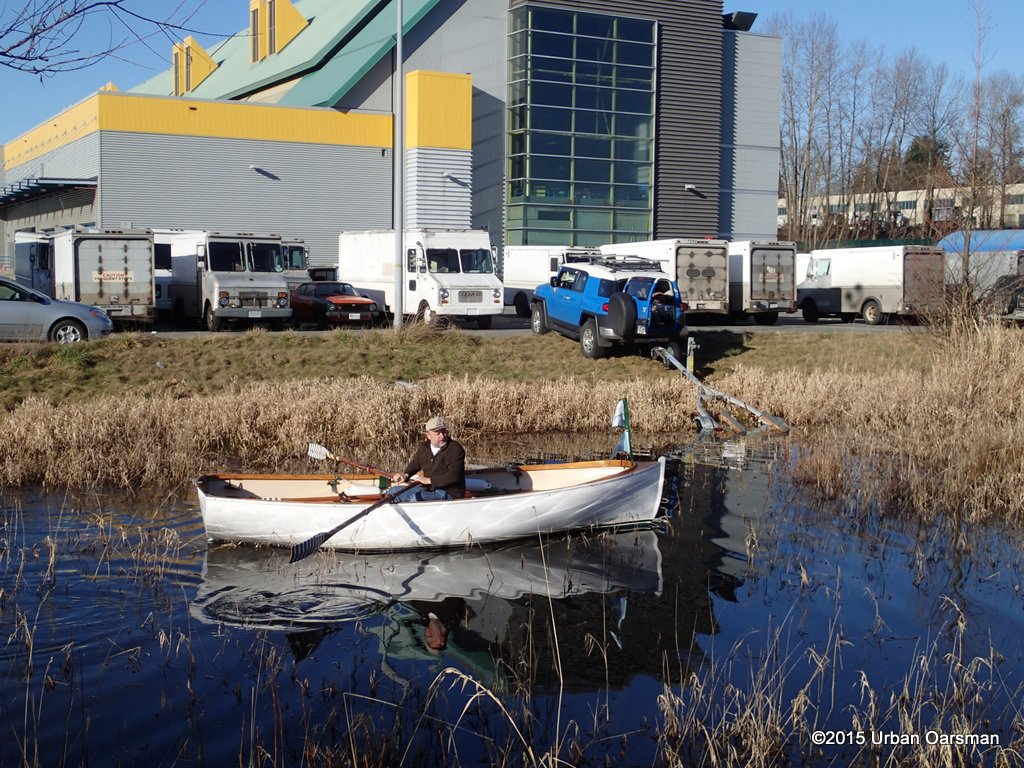 The Newspaper delivery trucks are in the background. 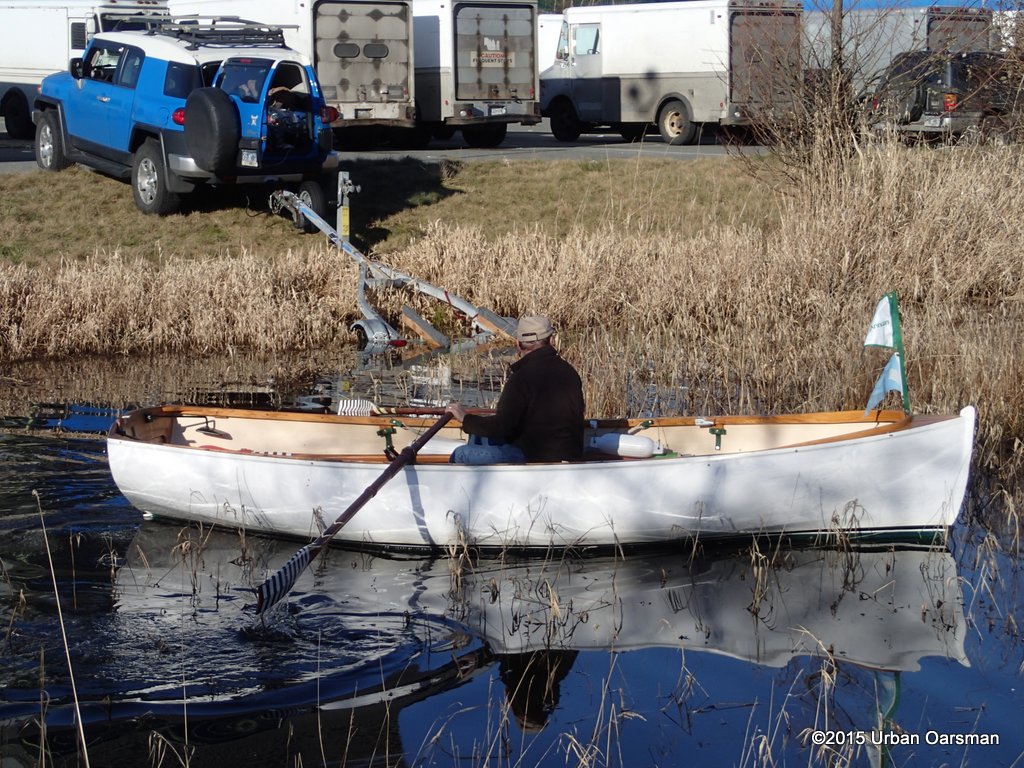 One of the fellows, Dave, who works in the building behind me came out to see what was going on.  Amazingly, He thinks that I am the first Oarsman to row here. 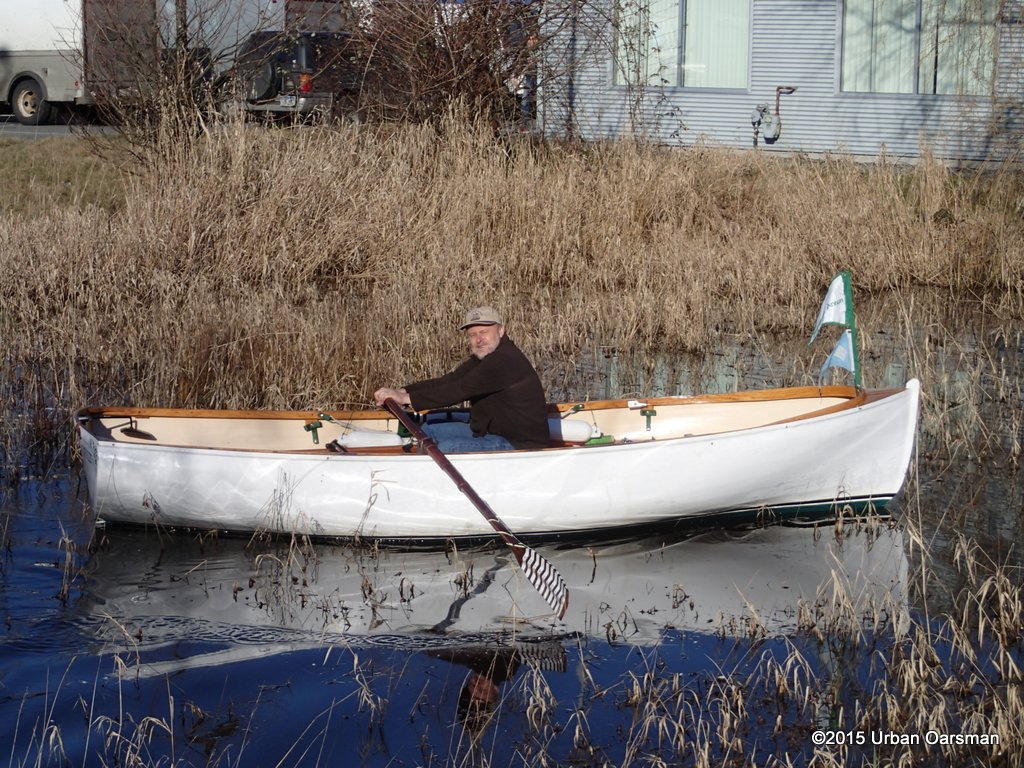 “Just doing a couple of laps around the pond”, I reply. 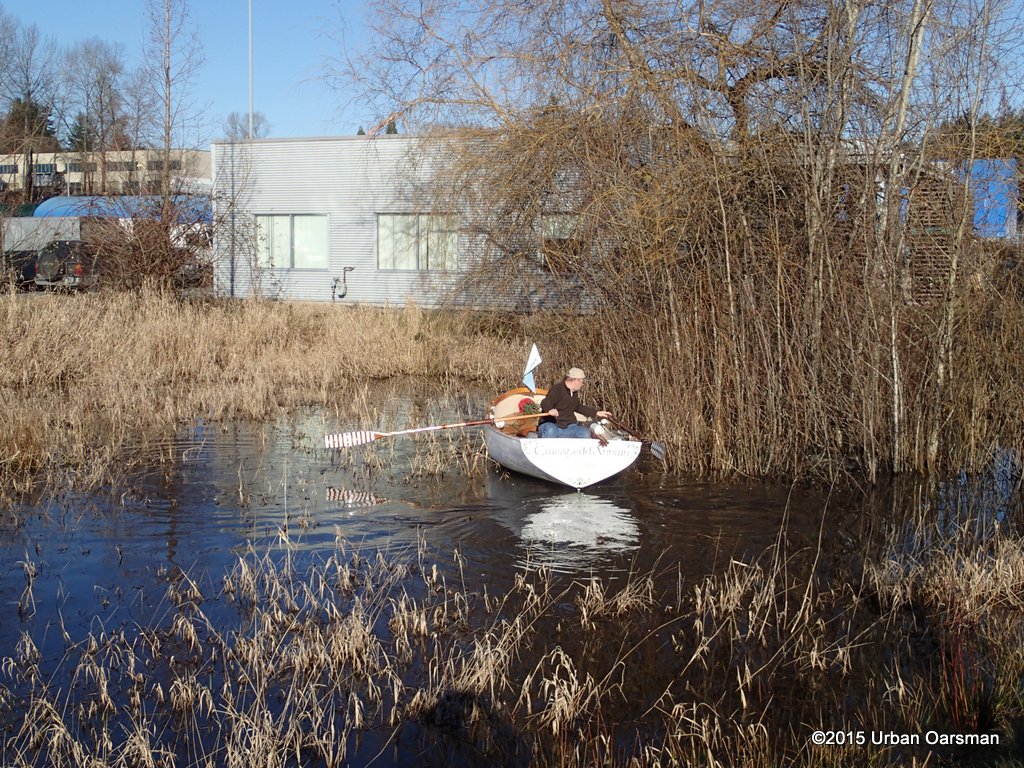 Not a lot of maneuvering room. 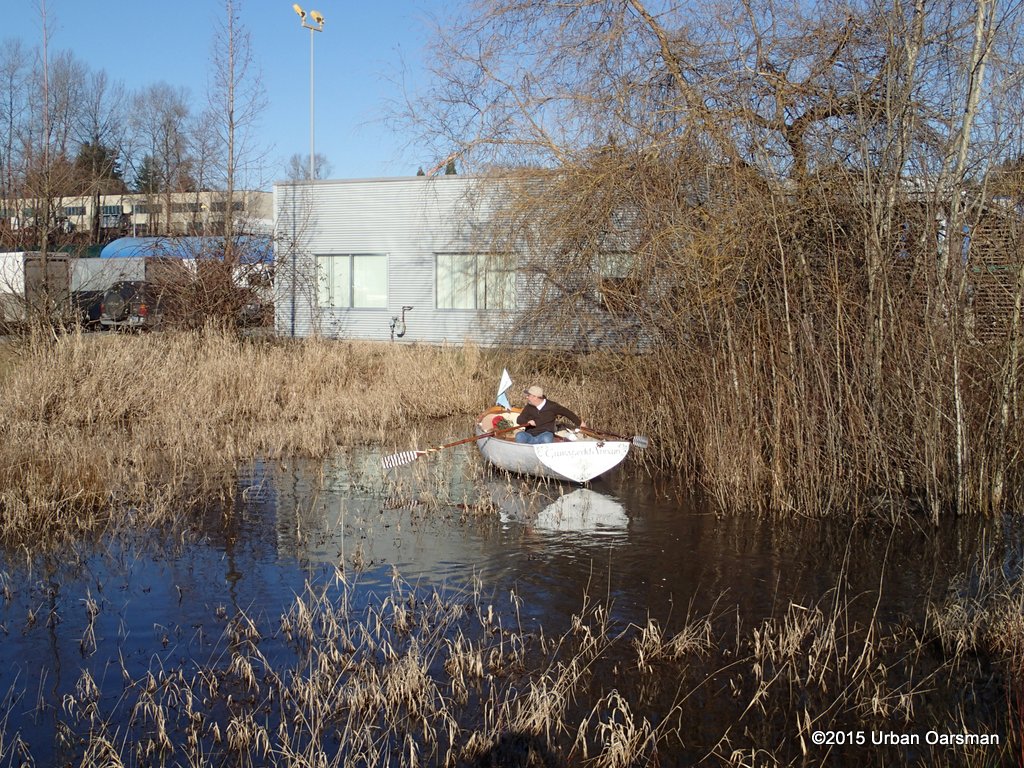 He takes a couple of photos because he thinks that no-one will believe him that there was a rowboat in the pond.  Here I am rowing backwards. 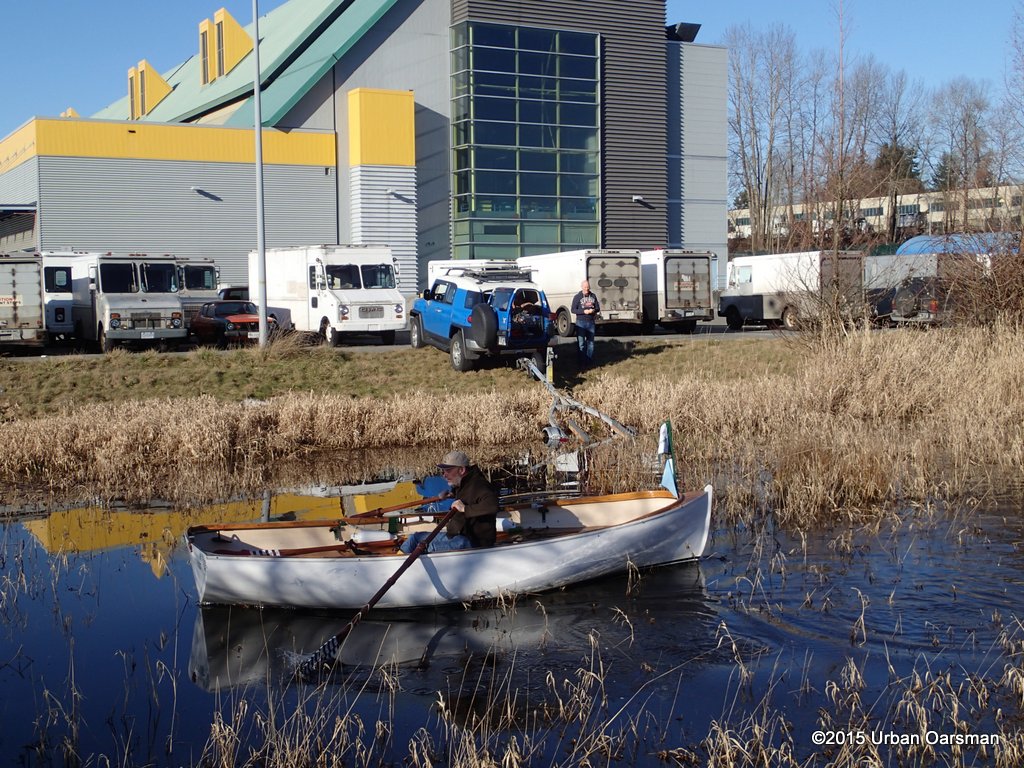 Good thing that Gwragedd Annwn is quite maneuverable.  Tight circumstances. 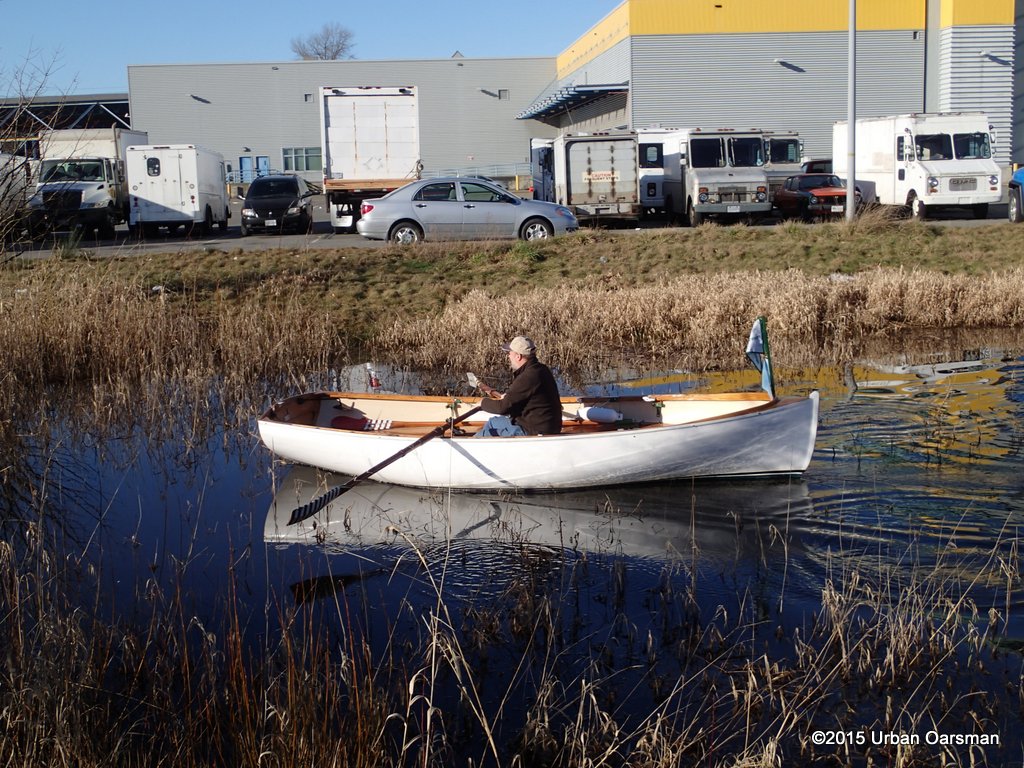 Not a lot of room to  maneuver. 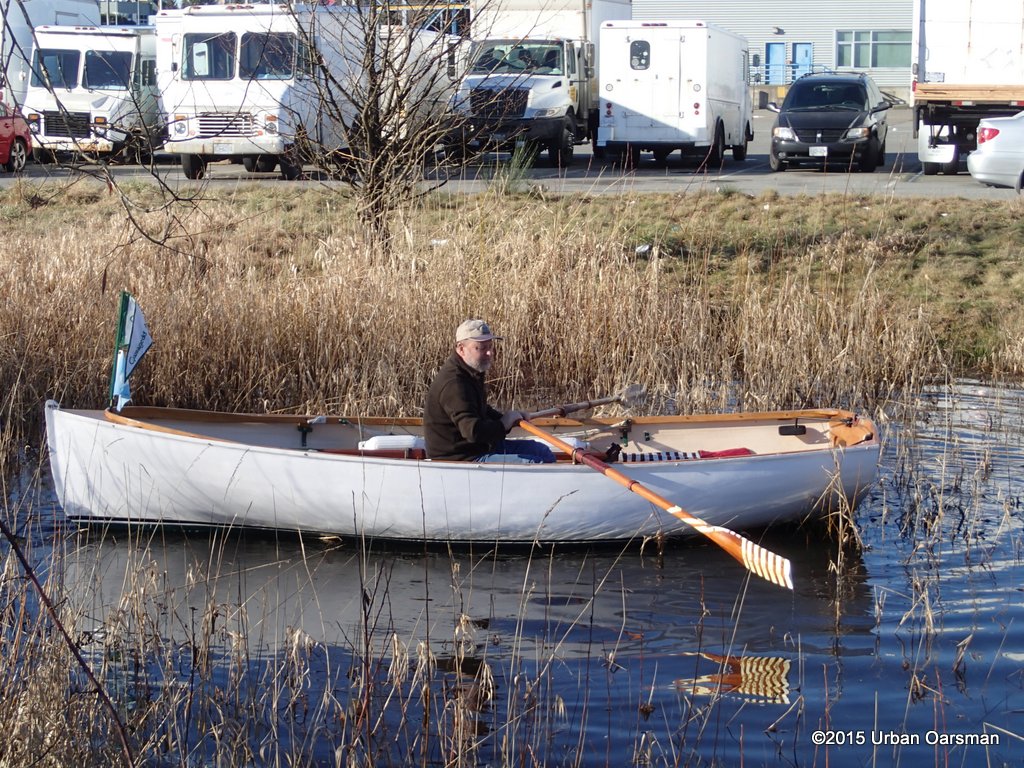 Lets see what is at the South end of the Pond. 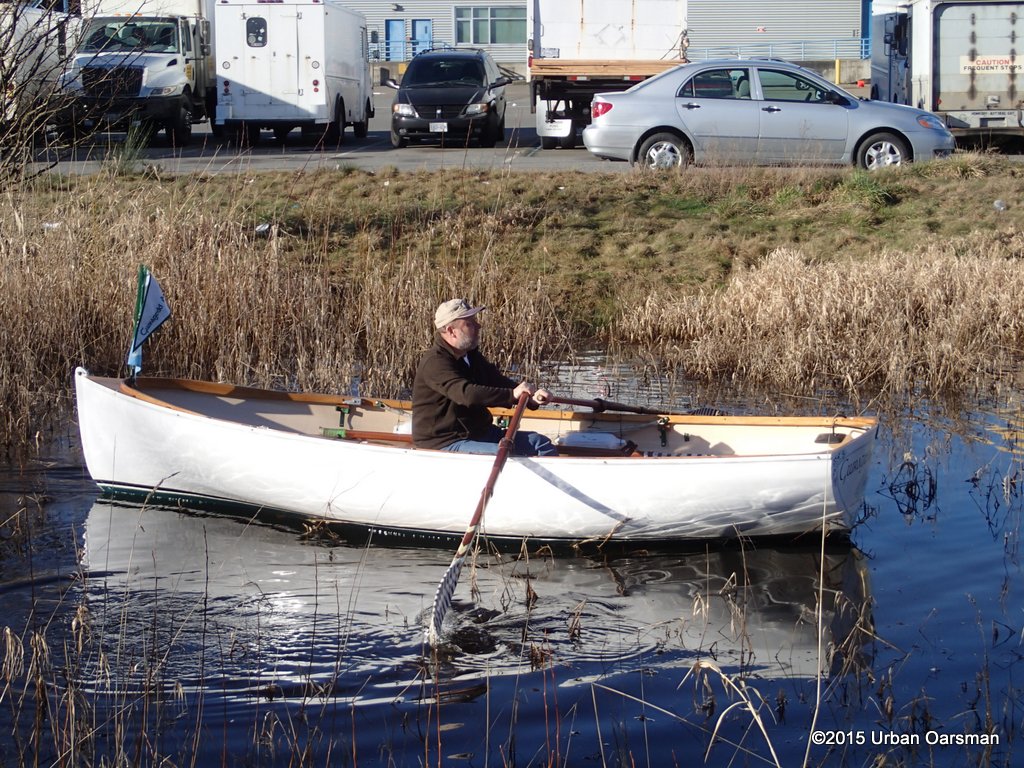 I am going to take a run from the North end and build up some speed! 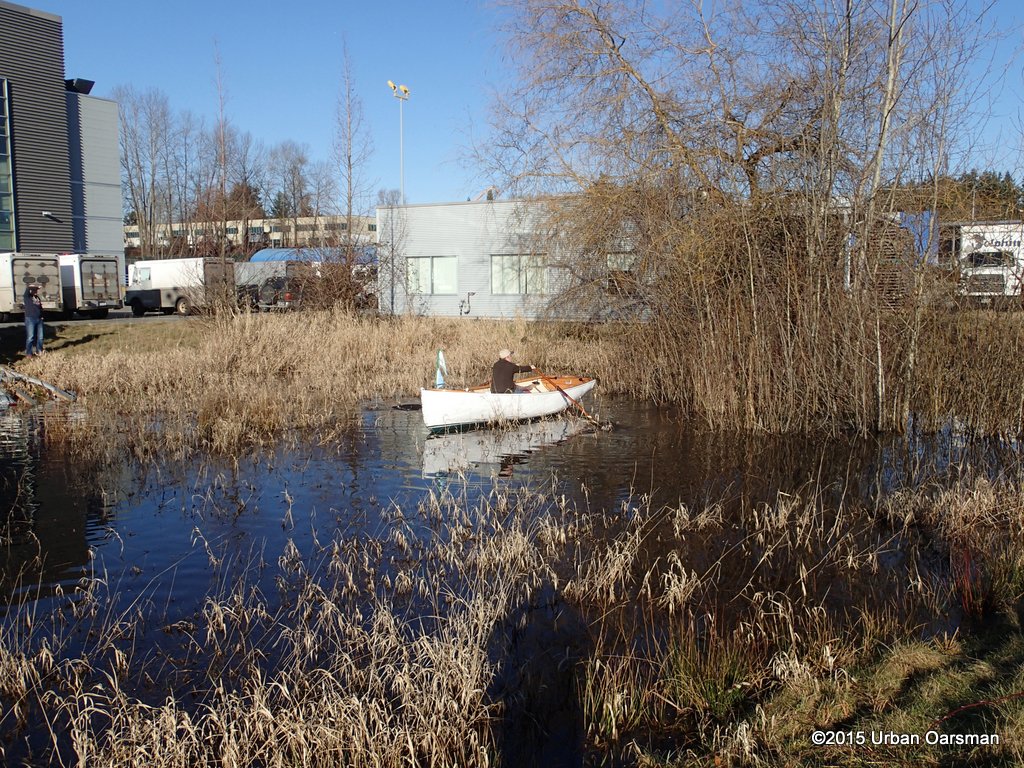 Just flying by!  Dave cannot believe how fast I am going. 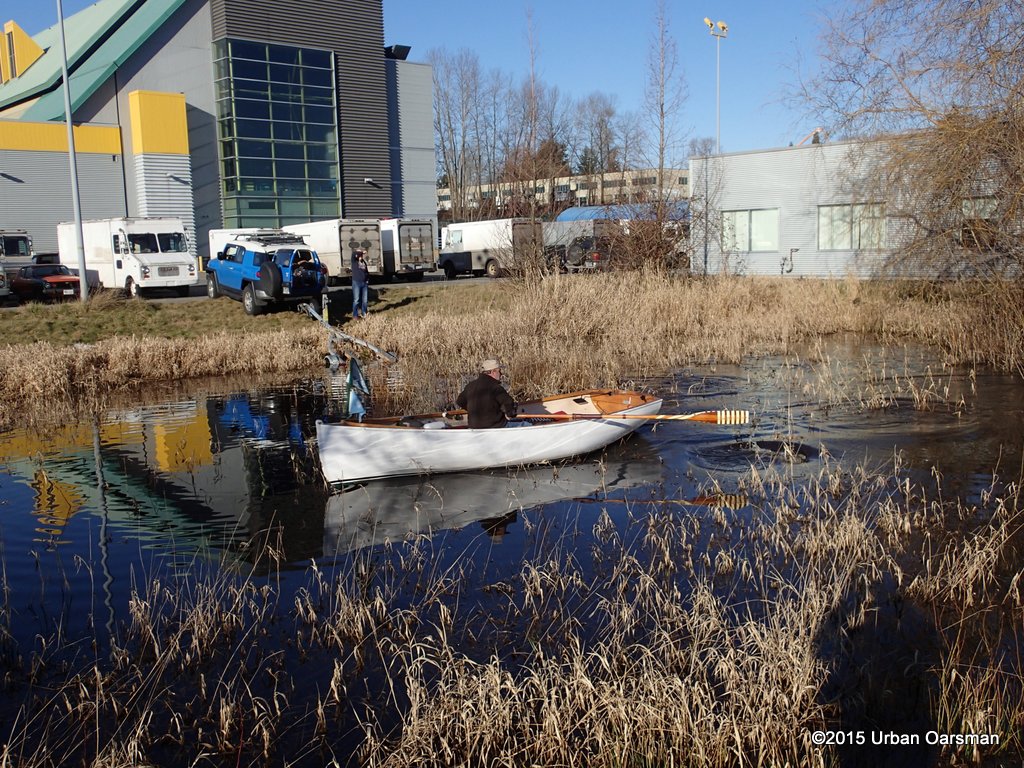 I think this is the fifth stroke on the oars.  Nice form. 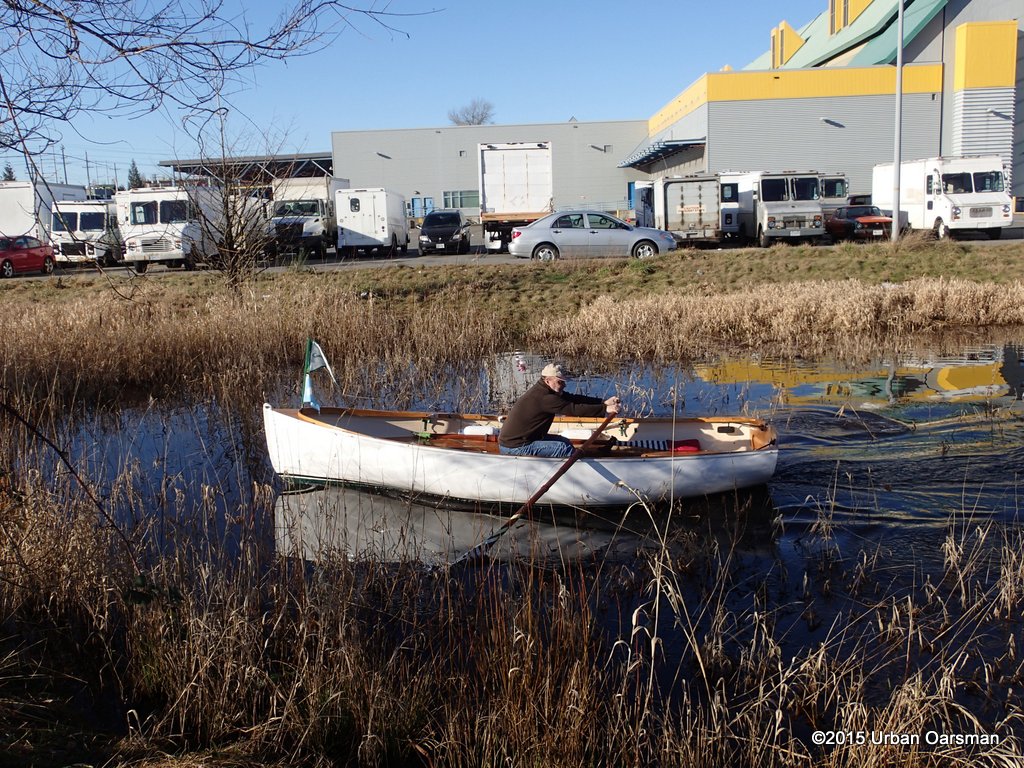 End of the row.  Time to bring Gwragedd Annwn out and go home for the final time. 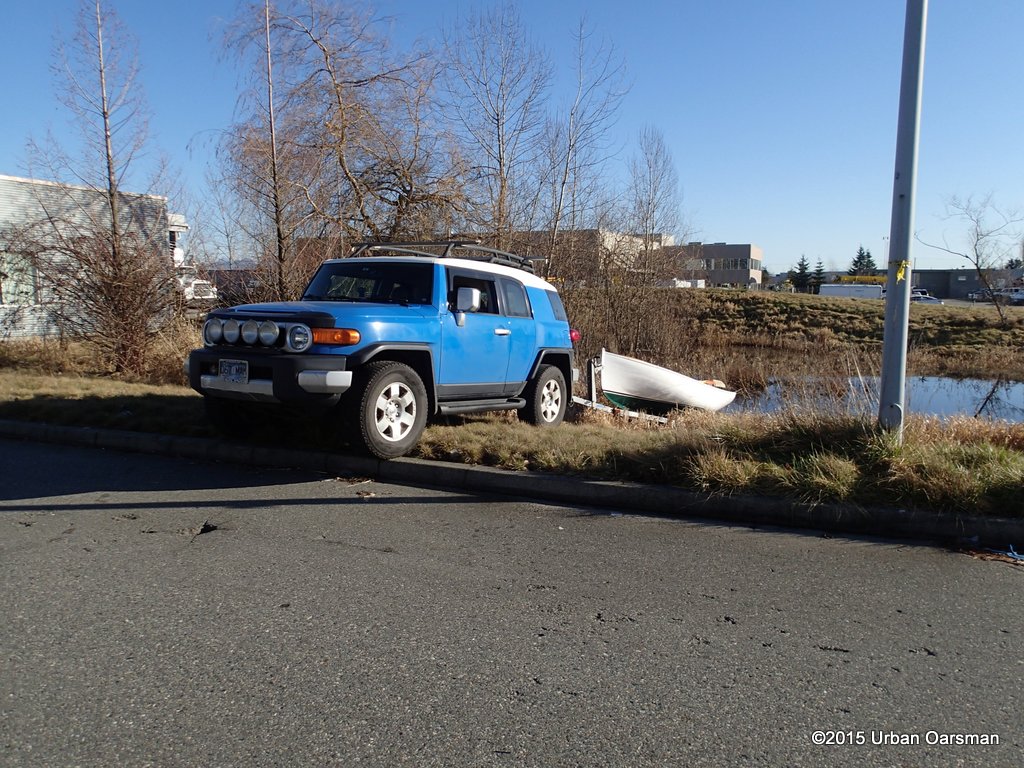 A thank-you to Gary Berg for taking the pictures of Me rowing in Gwragedd Annwn. 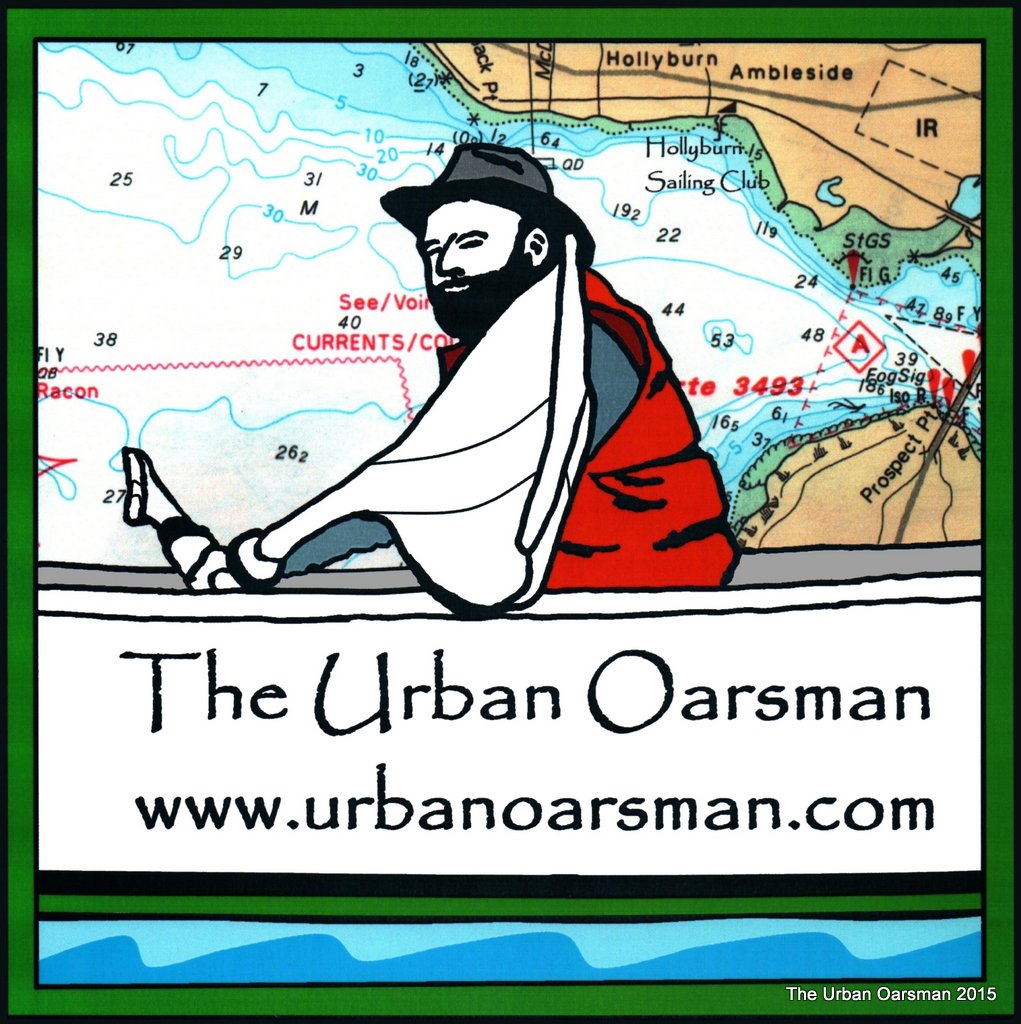 Good Rowing to you.